When I saw the latest play at the old Fitzroy theatre, ‘Crimes of the Heart’, I was struck by how much it felt like being in a theatre off -Broadway. This is the term given to theatres close to Broadway, generally smaller venues, which create theatre with the same credentials as larger Broadway productions. This is a wonderful piece, well acted, gorgeously designed, and expertly directed by Janine Watson who is such a talented actress herself. Although this is not a new play it is a fascinating reference point in the history of Women’s Rights in the western world. We certainly have traveled some distance from the times when a married woman was the property of her husband – this thinking was still in force in the 1960s. The play is not just a political piece but also manages to give some dimension to its major protagonists. This is definitely one to catch! 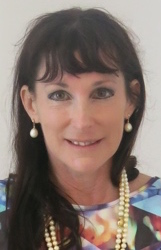